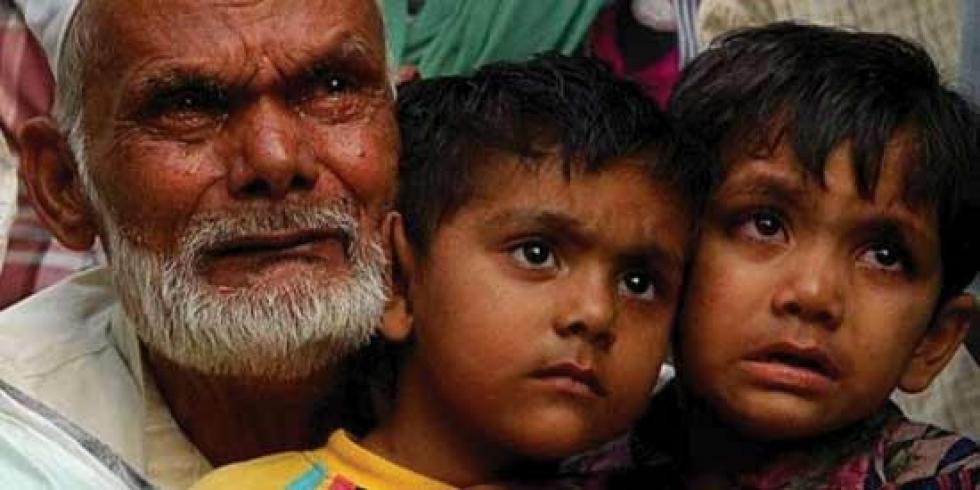 1. Caller (a lady): Hello
Receiver (R): Hello
Caller (C): Tell me one thing.
Receiver (R): What is that?
C: Did those (or their) people in the village die or not?
R: They died.
C: Is it confirmed news (pakki khabar)?
R: Yes confirmed. Houses have been set on fire.
C: Pakka (confirmed)?
R: PAC is coming. It looks like PAC.
C: PAC is coming? That’s what we were talking about just now. Has it come just now or will come a bit late. And do you know why it has come late?
R: Yes.
C: It was made to come late. Uncle was requested to stop it for some time. On my request, it was got stopped because the entire team had come to know that riot has erupted there. It was asked to stop for 10 minutes only.
R: Five or six have died?
C: OK, chokha (local language, it means ‘very good’). And Kutba?
R: Five or six died in Kutba; the rest fled.
C: Yes, ok. Have all died in Kutba?
R: All had fled.
C: ok, nice.

Shamli / Muzaffarnagar / Luckonw: Rihai Manch, while releasing to media the intercepted conversations of a rioter on his mobile phone. This rioter was involved in the anti-Muslim communal violence of which Katuba-Katubi village was among the worst victims. RM demanded a CBI enquiry into the communal riots in Muzaffarnagar, Shamli and Baghpat. The Manch said in its statement that it has got proofs which prove that the mass murder of Muslims had taken place under a planned conspiracy and that attempts are being made by the administrative staff now to conceal and destroy proofs in order to protect the rioters. The Manch said that it will soon place these facts at a suitable platform. In this statement, members of RM’s investigation team (Asad Hayat Advocate, general secretary of Awami Council for Democracy and Peace, Shahnawaz Alam, Rajiv Yadav and Ghufran Siddiqi) said that the administrative staff of the state government itself was complicit in this conspiracy, hence there is no use or justification of the inquiry being made or ordered by the state government.

Members of Rihai Manch’s investigative team demanded an inquiry by the CBI on the basis of intercepted conversation on the mobile phone of a rioter who was involved in the riot and violence in Kutba-Kutbi village where eight Muslims were brutally killed.

Continue reading on The Millie Gazette