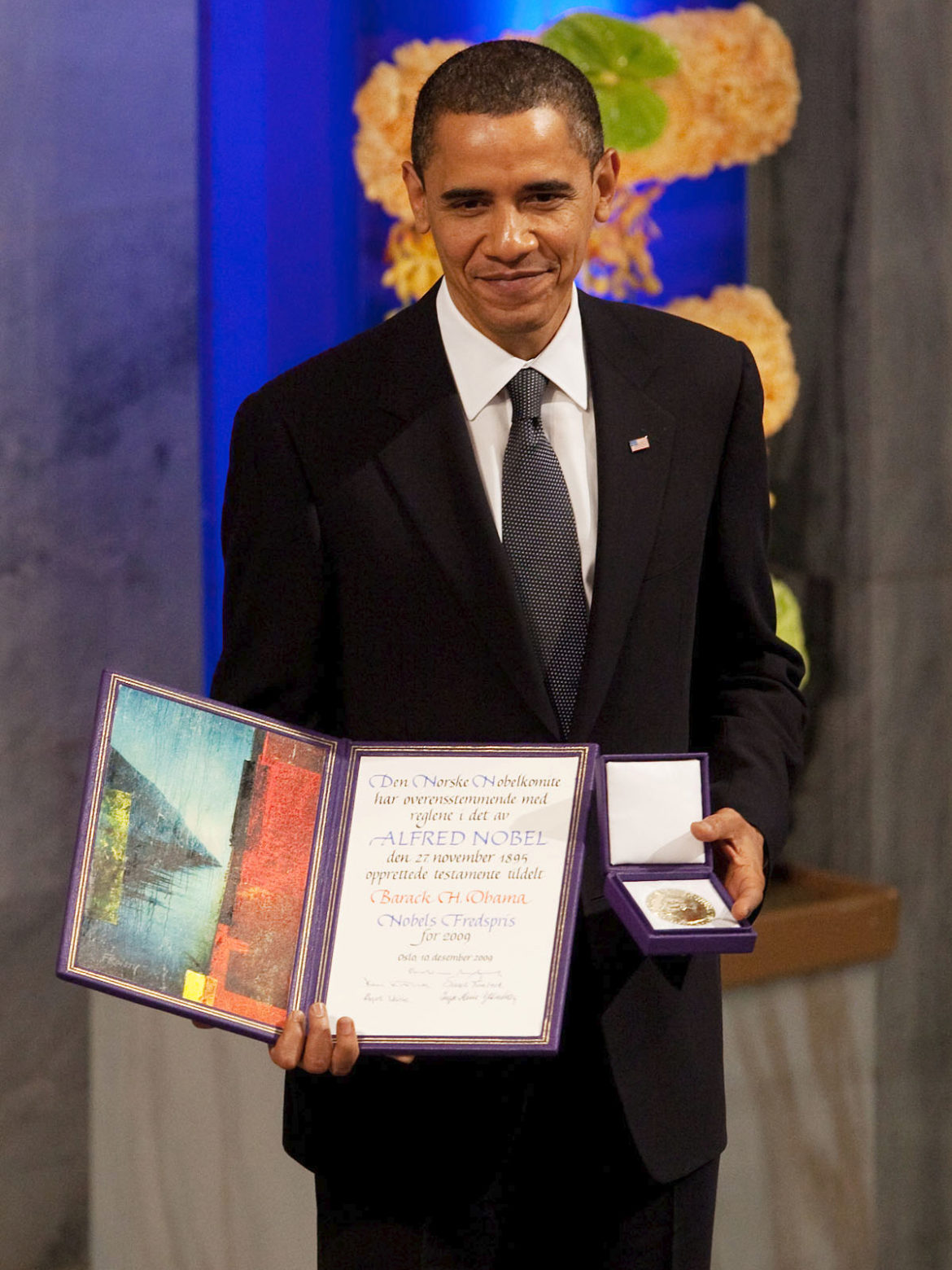 Its a major surprise. Barak Obama, president of USA has been awarded Nobel peace prize 2009. I am not exactly sure if this is the right thing to do. I love him as much as any one else but… Nobel used to stand for demonstrated, verifiable actions. Well I see none.

They are saying its to encourage him to do what he is doing etc… what the…? Have you noticed any reduction of violence, murder, rape, injustice around your neighborhood, your city, state, your country, your continent or the world in general? I may be blind but I haven’t. Some people say you will when he’s done, I say should have given it to him when he is done. Why now? Why so early? He has achieved much but not as much. I am afraid, Nobel committee has brought a politicians election manifesto big time. Its a victory of Obama’s election campaign manager!

God forbid, if there is another attack in the USA during Obama regime, will Obama act as G Bush or a Nobel “Peace” prize winner?

The argument that we want to support Obama in his activities doesn’t cut too well with me. If you have to encourage some one to be good and do good then my prime candidate would be Osama Bin Lade. It is people like Osama and other such through out the world who need to be encouraged. I mean Obama is not a kid who needs to be given a candy bar for good behavior. The world has already suffered one bad case of appeasement, let us not set a bad precedent again.

Give Osama the dammn thing not Obama.

Salute to the great man