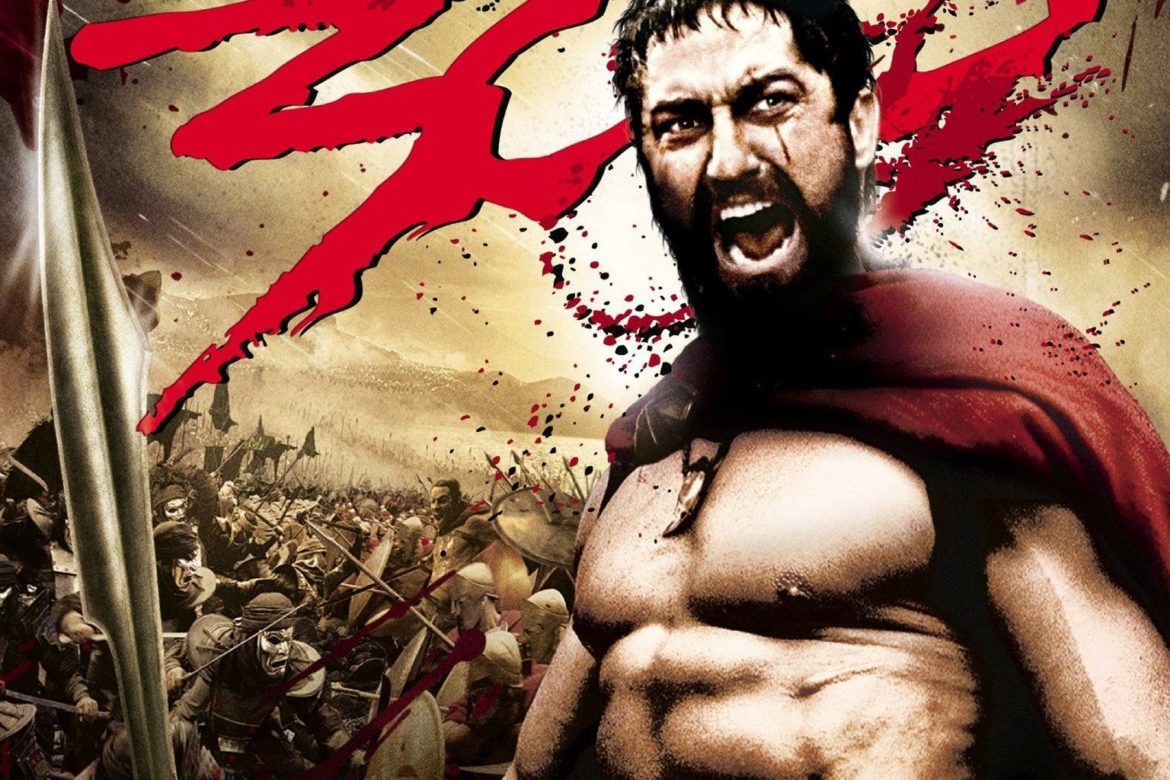 So the other day I went to watch 300… again. Armed with more facts (wikipedia, HBO and such) I watched this beautiful blood splattered animation again. It was fun. Now I am dying to watch the Hindi dubbed version. It would be great fun to watch naked men shouting “Spartan bhaion dhakka lagao”. Corny but fun.

About the movie, it is nice, no story as such. 300 people take a stroll, in 480 BC, down the Thermophyle pass kill thousands of Persians before being betrayed and killed. The reason I went to see the movie again are thus: animation, graphics, naked men, queen Gorgo.

Animation because all but one scene of the movie was shot outdoor and every thing is computer generated, so technically it’s an animation movie. Graphics, you gotta see the end credits you’ll know. Naked men, well, unlike many unfortunate men who suffered in envy while their lady friend oh and ah-ed seeing all those naked men sling and slash their perfect muscles, abs, biceps, spears and swords, I was fortunate to watch the movie with male friends (with fat quantities rivaling mine) and enjoy the well sculpted bodies of the fighters without much shame. I wish I had those abs… Queen Gorgo, because she looks stunningly hot and dignified. Hot and dignified – very rare. And the designer clothes she wore… wow.

However these are not the only reasons I watched the movies again. 300 is an absolutely different kind of cinema. It’s a video comic book! Beginning with Sin City, a new way of film making is emerging. This cinema is as violent as any Gotham comic, its dark, it’s about dignity and valor, it’s about black and white, its about make believe and anger, its about voluptuous women (all women in comics are voluptuous). All comic book qualities packed in a movie. Parents watch this movie to know what little sunny reads all day. Guess these films are a natural successor to comic tradition.

The other thing that’s cool about the movie is that Zack Snyder has choreographed fight sequences like poetry in motion! Violence has been made to look beautiful. I, myself felt like slitting the next guys throat in one sequence. There is so much blood in the movies but it’s not gory. One can wonder how much hard work has gone in making digital blood looks beautiful. Kudos.

After my second helping of the movie I have great sympathies with the Persians. I mean Spartans culture, as depicted in the movie, is barbaric and oppressive. Kids are killed at birth if they seem defective (half of the world wouldn’t exist to appreciate 300 were we practicing Spartanism today). Kids were separated from their mothers at seven years of age and made to fight brutally for the next 14 years, most could not survive. Their leaders were corrupt; their priests were a bunch of corrupt junkies who needed the prettiest of girl child to communicate with god! Ugly if you ask me. On the other hand Persian’s tried to do mandwaali so many times with the Spartans; instead Spartans killed and maimed Persian messengers willfully! Spartan king shouts, “We fight for freedom and honor!” Pretty funny if you consider oppressive Spartan society. Persians are the villains! No wonder Iranian’s are running shit scared these days.

Awesome movie to watch with your eyes wide shut. Amen.