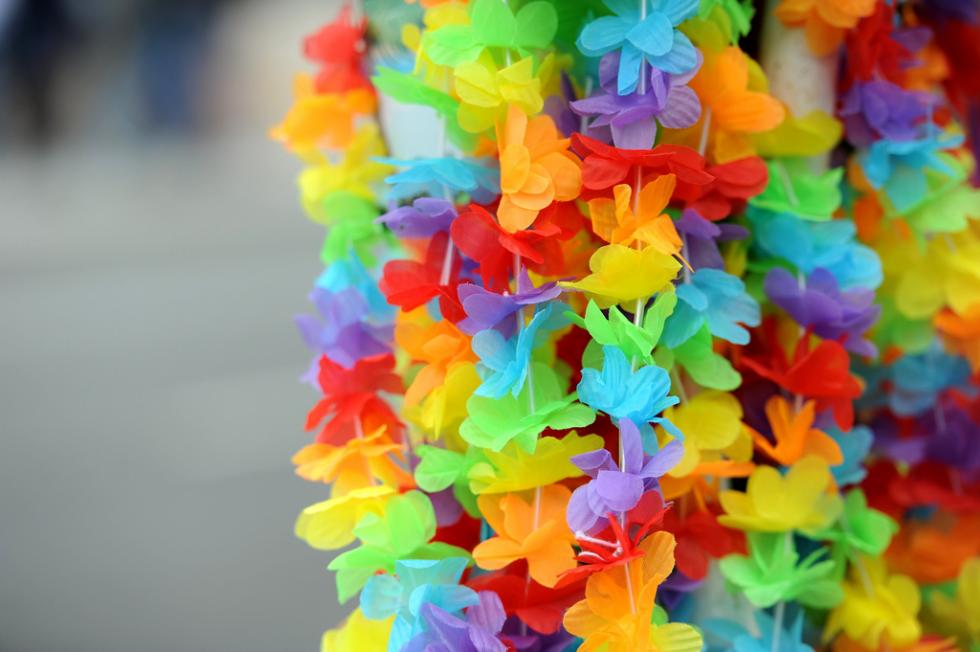 There was a time when I met a gay person, my first thought would be, “Oh my god! He does it with another man!” The second would be will he make an attempt on me. Upbringing and society had not equipped me to interact with gay/homosexual/alternate-sex people normally. I was taught to fear and despise them. It took some dear friends and an un-prejudiced environment at NID for me to let go off my baggage. And I must admit it’s still hard for me to have a different reaction when I meet a homosexual guy. That’s the power of social conditioning.

The point being, looking at gay people with the prism of sexuality is wrong. In fact, looking at any one and defining them by their sexual preference is wrong. Sexuality is just one aspect of a person’s being. While “we” don’t want to be defined only by our sexual inclinations, most of the time, “we” don’t extend the same courtesy to “them”.

Various reasons contribute for our prejudice against homosexuality, religion being the biggest one. However, there is no difference between “us” and “them”. This whole notion of “us” and “them” is a result of prejudices. It would be very hard to distinguish a homosexual from a heterosexual person. Just like there are people acting as beacons of heterosexuality all around us, so there are some who act as beacons or caricatures of homosexuality. But, not every homo/hetero sexual behaves like their stereotypical caricatures.

These are not mutually exclusive. Contrary to what I grew up believing, there is no difference in the masculinity of gay or heterosexual men. Masculinity, if there is a thing like that, is a function of birth and has no relation to sexuality. We are sold a specific version of masculinity by religion and society which most men, gay or otherwise will find it hard to conform to. This idealistic image is one-dimensional and has no place for gay men. It seems being born male is not enough, you need to pass a set of, ever changing (yet never changing), conflicting masculinity tests to be deemed a man.  How convenient.

Are homosexuals brave or virtuous?

Another common notion about homosexuals in general and gay men is particular is that they are not brave and are not virtuous. Bravery and virtues are the dominion of heterosexuals. Scriptures, literature, advertising, jokes and innuendos create and sustain this notion. But the fact of the matter is, there is no correlation between a person’s sexuality and his bravery, intelligence, creativity, morality, et. al. Millions of declared or hidden, homosexual people are working shoulder to shoulder with heterosexuals in contributing positively towards society. It would take genius level ignorance to believe that the mechanizations of our world are solely being run by heterosexuals. It is hard to believe there are no homosexual scientists, doctors, nurses, soldiers, teachers, preachers, leaders, etc… To believe this would be a delusion.

Homosexuality is a disease?

Only homosexuals are capable of enjoying same sex

Is it? The way I see it, this notion is due to our shallow understanding of homosexuality as a function of sexual orientation. The fact is, our anatomy is perfectly capable of experiencing pleasure from any type of sexual interaction. However, it’s our emotional and psychological response that defines our sexual orientation. Sexuality is not just a matter of responding to physical stimuli. Feelings, emotions and things more complex define our preference towards our choice of partners. Our revulsion to homosexuality comes mainly from social conditioning.

Why understanding homosexuality is important?

To begin with, lack of understanding leads to misconceptions and negativity. It’s not good to be bad to any one just because they don’t conform to “our” norms. At any given time, any population consists of more than 5% homosexuals. India with its 1250000000 (1.25 billon) people has at least 62500000 (62 million+) homosexuals. Add to that the trauma of their parents and you have a colossal number of people who face the stigma attached to homosexuality. Is it fair to ignore such a large chunk of population? A nuanced understanding of homosexuality is required for it to be widely acceptable. Also, male homosexuality is closely linked to the ephemeral concept of masculinity and with the change in the role of woman in society, there is a greater need to understand and possibly, re-define masculinity. Women are changing the concept of masculinity like never before. It is imperative to the understanding of gender biases, human psychology, role of men and women in society.

There are far too many reasons to enumerate here. May be later.

Nature gets rid of unwanted traits pretty quickly. Roughly 50-60 generations. It hasn’t done so in our case. Homosexuality has survived the ruthless process of natural selection, survival of the fittest, dinosaurs, Ice Age, Bronze Age, Iron Age and what not. I’d say there must be something rather natural about it for it to be such an integral part of humanity. Animal kingdom is full of this phenomenon. So the argument of nature doesn’t really hold sway.

Of, relating to, or having a sexual orientation to persons of the same sex.

Sexually attracted primarily to other members of the same sex. Either a male androphile
or a female gynephile. Sometimes used in the sense of sole/exclusive attraction.

The word homosexual exclusively deals with the sexuality and does not cover the full expanse of an individual’s personality. We are much more than our sexuality. Clearly this word is inadequate to describe a person, rather downright wrong to use it for a person. The only time it can be used for a person is when we are talking about his sexuality. This practice of using such world to describe the whole personality of a person is wrong.

What words should we use to describe a person with homosexual orientation? Simply the words we use to describe ourselves. The mention of sexuality, unless in question, should never be part of someone’s description. There is no need to invent new words. Amen.