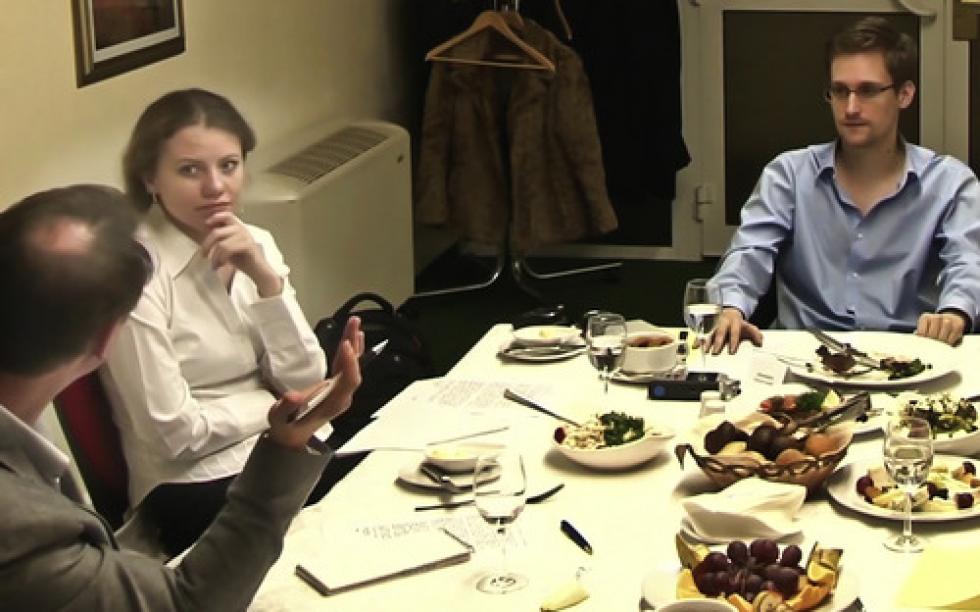 There she sits: the woman who has spent the past four months at Edward Snowden’s side. First in Hong Kong, then in Moscow. The two made history and charted new global politics within this short span of time.

Sarah Harrison, 31, a journalist and Wikileaks staffer, wears black leggings, a dark grey blouse and a wool cardigan as she sits on an old office chair in a basement meeting place, between file folders, tangled cables, blank CDs and computers. The exact location of the meeting may not be reported. “Sorry,” she says, running her fingers through her hair: “Nothing is very easy at the moment.”

Who is this woman, who has spent so much time by Snowden’s side, resisting the pressures of the world power, the United States? Making flight plans and cancelling them again, always on the alert for intelligence agents?

Sarah Harrison closes her eyes. She’ll talk, but on the topic of Snowden and his situation in Moscow, she won’t say anything more than what was released in a statement made by Wikileaks on Wednesday.

A statement? It’s more of a manifesto. A bit celebratory, as most manifestos are, and a little flat, but quite clear and angry. It begins laconically, “As a journalist, I have spent the last four months with NSA whistleblower Edward Snowden and arrived in Germany over the weekend.” It ends: “When whistleblowers come forward we need to fight for them, so others will be encouraged. When they are gagged, we must be their voice. When they are hunted, we must be their shield. When they are locked away, we must free them. Giving us the truth is not a crime. This is our data, our information, our history. We must fight to own it.” What a mission.

And then just three words: “Courage is contagious.” What a sentence.